With the development of science and technology, China's coal washing technology level has been significantly improved in recent years, and many coal washing processes have been developed very mature. The separation of coarse slime with particle size range of 0.5 ~ 1 mm is a technical problem faced by all coal preparation plants, but the TBS(teeter bed separator) has achieved very good results in the process of practical application, which effectively solved the separation problem of coarse slime.

Today, in this paper, I will share this typical case of TBS application, which helped the coal preparation plant increase its annual profit by $1.5 million.

This structure of TBS is base on H-CSS series, which is manufactured by Beijing HOT Mining Tech Co Ltd. After upgrading the original TBS, H-CSS series TBS has the following features: 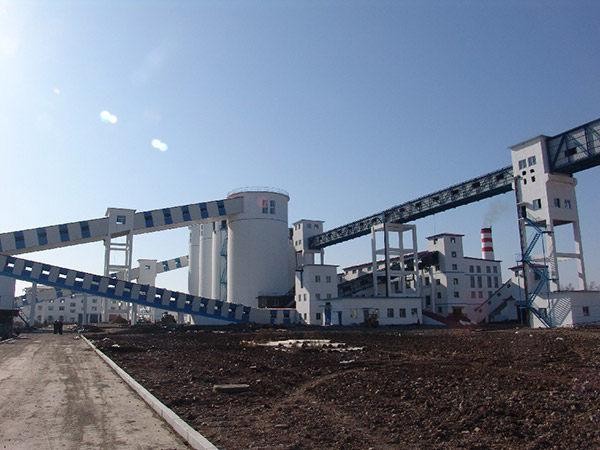 The raw coal with particle size ranging from 0 to 50 mm is first deslimed by a desliming screen with 1 mm mesh size, and then separated by a non pressure three product dense medium cyclone. After separation, three kinds of products can be obtained, namely gangue, medium coal and clean coal. The above three products can be obtained by 1 mm demediation and dehydration respectively.

After the desliming screen, the material under the screen and the tailings of the medium coal magnetic separator are all treated by the classification cyclone, and the slime with particles less than 0.25 mm and 0.25 ~ 1 mm are obtained. The slime with particle size of 0.25 ~ 1 mm is separated by TBS interference bed separator, and the obtained clean coal is dehydrated by vibrating arc screen, and then dehydrated by clean coal centrifuge, so as to obtain clean coal products. 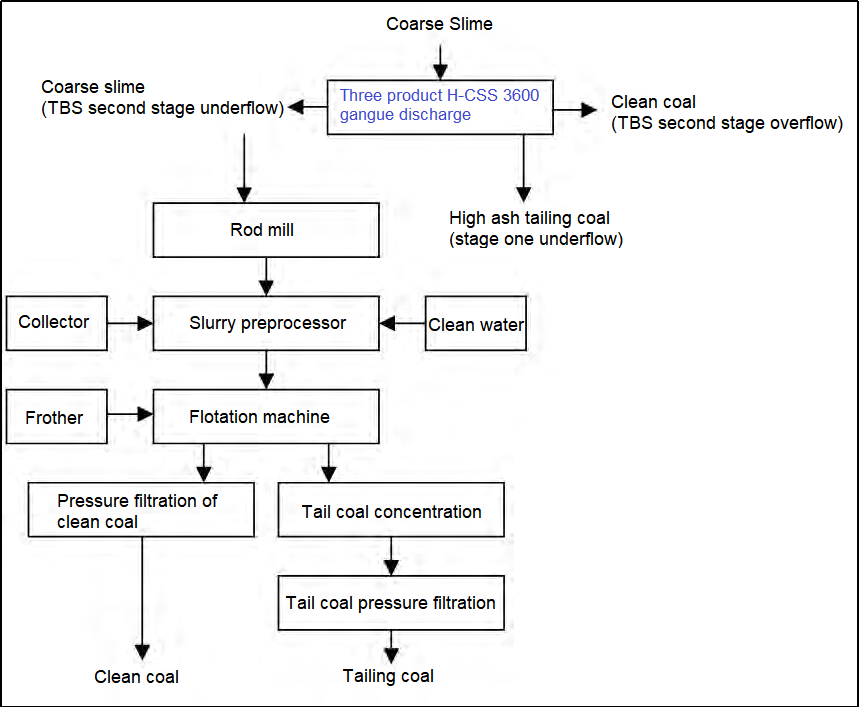 4.Economic benefits before and after process optimization design.

According to the current market situation of coal products, the price of clean coal and slime is $124/MT and $12/MT respectively.

Before the process optimization and improvement of Gujiao coal preparation plant, the market price of middling coal is about $28/MT because the quality of middling coal is not very good. After the optimization and improvement of the process, the quality of China coal has been significantly improved, and the corresponding selling price has increased to a certain extent, which is $38/MT.

Compared with before and after optimization, the annual extra income of the coal preparation plant is 1.5 million US dollars. The optimization and improvement of coarse slime separation process has created very good economic benefits for the plant.