Tietto Managing Director, Dr Caigen Wang, said: “I am very pleased to provide shareholders with our second project development update for  Abujar. I would like to thank and congratulate our build team and contractors for their commitment to safety, continuing to work LTI free during December.

“With completed settlement of the second tranche of our recent capital  raise, we are now fully funded to production at Abujar, which has potential to be one of the largest gold producing mines in Côte d’Ivoire, expected to produce more than 260,000 ounces of gold in  the first year and 1.2M ounces of gold in the first six years.

“I look forward to providing further updates during the year as construction advances the Abujar Gold Project towards first gold by  the end of Q4 CY22 and becomes West Africa’s next gold mine.”

Bulk earthworks have been completed for the process plant and camp area. Construction is progressing well on the administration  office,cafeteria building, and the first 120 camp rooms.The civil concrete contractor mobilised to site and has poured blinding concrete for CIL ring beams. Figure 1 to Figure 6 show the progress achieved on site. 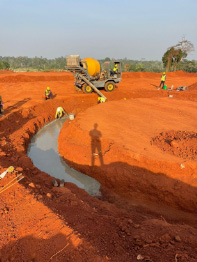 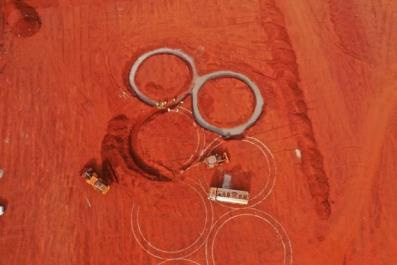 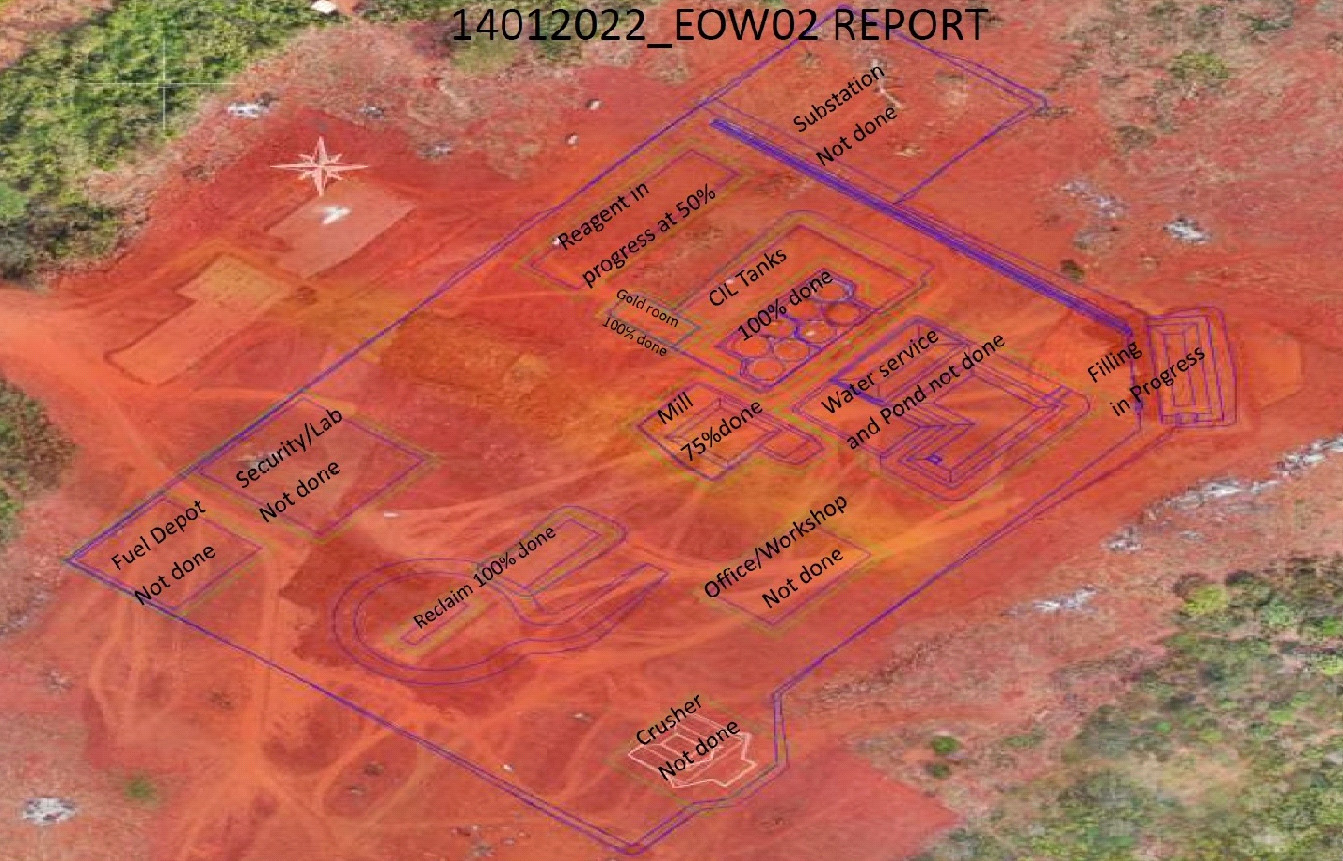 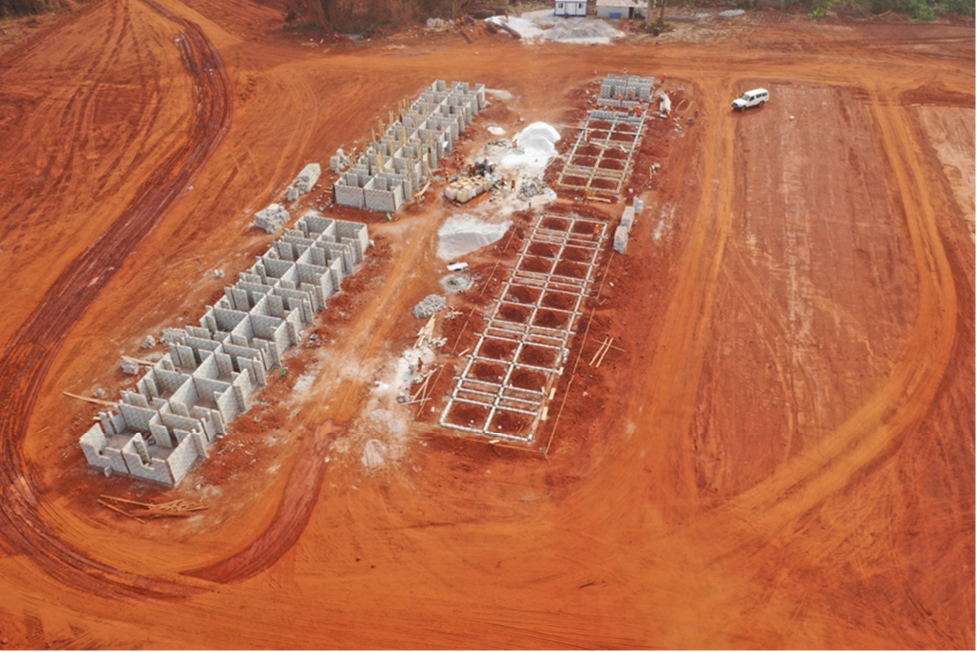 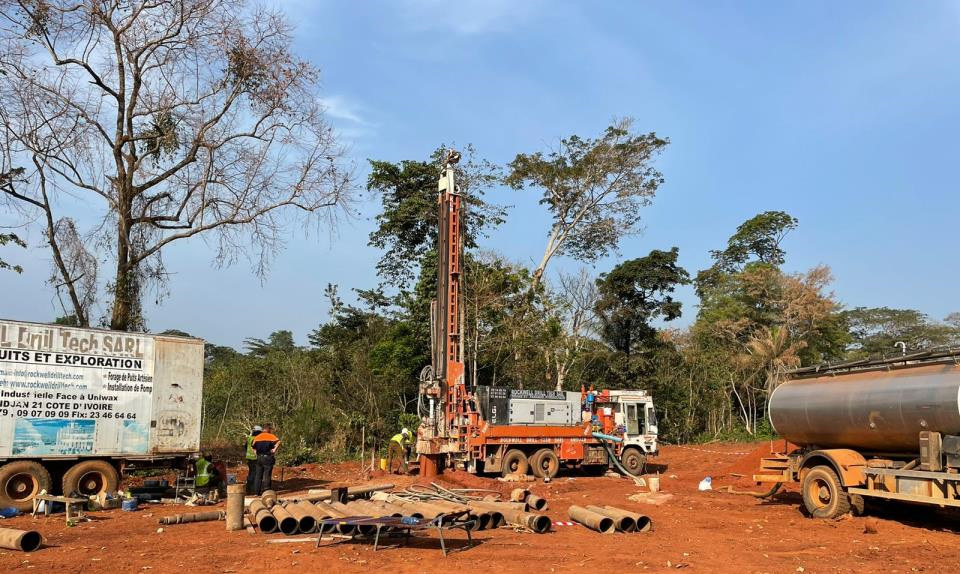 Tietto purchased 14 dump trucks and two Hitachi excavators for the  bulk earthworks at Abujar, which arrived on site during the month and are in operation (Figure 7).

The second tranche of Tietto’s A$85 million Placement1 was approved by shareholders on 7  January 2022 and shares issued on 17 January 2022.

The capital raising complements Tietto’s debt strategy,where the  Company mandated Taurus Mining Finance Fund No.2 L.P. (Taurus)  to  deliver an underwritten Project Development Facility of up to US$140 million of debt funding for the US$200 million project. Tietto remains very well positioned to advance its dual strategy into 2022:

1. Continue to drive rapid resource growth at the 3.35Moz Abujar Gold Project; and

Tietto continues to deliver milestones during 2021 and key findings from its 5 October 2021 Definitive Feasibility Study (DFS) demonstrated  robust financial results and estimated gold production of 260,000oz in the first year and 200,000oz per year over the first six years of  Abujar’s 11‐year mine life (refer ASX announcement 5 October 2021).

The  Company is  negotiating  the  final  regulatory  step,  the Abujar Mining Convention, with the Ivorian Government, having already secured all mining and environmental approvals.

Tietto’s owner’s team is advancing construction of the process plant  and associated infrastructure which remains on schedule as  the  Abujar  Gold Project progresses towards first gold by the end of Q4 CY22 and on track to become West Africa’s next gold mine.